By Bill Duhart | For NJ.com 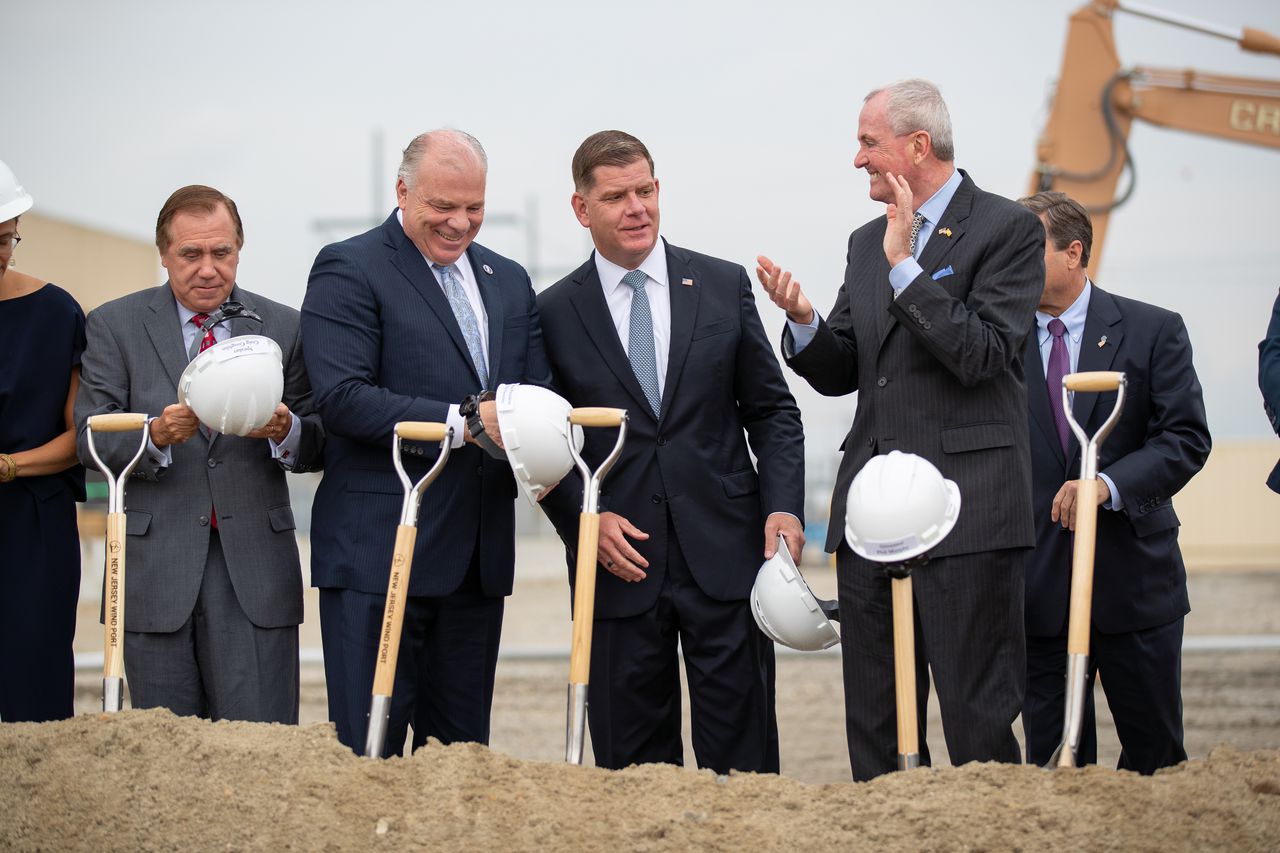 The New Jersey Wind Port has won a national award as the best new infrastructure project in the country.

“This award and the demonstrable interest the wind industry has already shown in the project once again confirm New Jersey as the capital of offshore wind in the United States,” Gov. Phil Murphy said in a statement.

Offshore wind is a central part of Murphy’s Energy Master Plan to achieve 100% clean energy by 2050. The state has committed to producing 7,500 megawatts of offshore wind energy by 2035.

“We didn’t get here by accident,” Burzichelli said in October to an assembled crowd of about 100 outside of the PSEG Nuclear’s Hope Creek Generating Station in Lower Alloways, Salem County, where the port will be built on a nearby artificial island. “This didn’t just fall out of the sky.”

The site is slated to be an assembly point for the windmill towers, which also includes its rotors, nacelles and blades. The finished structures are transported upright, and are too heavy and tall for land transport. That was one reason the remote site in Lower Alloways Creek, at the mouth of the Delaware Bay, was selected, state officials said.

Sweeney, Burzichelli and Taliaferro also succeeded in getting $225 million in state funding for the renovation of a port in Paulsboro, Gloucester County, just up the river from Salem County. Monopiles, 400-foot-long poles weighing hundreds of tons that the windmill towers will be mounted on, will be made there. That project is also expected to create hundreds of permanent jobs.

“As the first greenfield offshore wind port in the U.S. under construction and given the project’s strategic place in the nascent industry’s supply chain, we celebrate the project’s milestones thus far and look forward to celebrating future phases of development,” said Colin Whelan, director of projects, CG/LA Infrastructure, a Washington. D.C.-based group that studies infrastructure strategy and project development.

In addition to the award last month, the wind port also recently announced it had received offers to become tenants at the New Jersey Wind Port from six of the largest turbine manufacturers and offshore wind developers in the world.

Getting the 900-foot windmills out to sea presents another challenge. Philly Shipyard, a ship-building company just across the Delaware River from the two offshore wind production facilities in New Jersey, has been awarded a contract to build up to two ships.

“Philly Shipyard is proud to contribute to the delivery of a vessel which will be essential in achieving the nation’s ambitious offshore wind targets,” said Thomas Grunwald, an executive at the Philadelphia-based company.

The 461-foot boat is designed to carry up to 20,000 metric tons of rock that will be put at the ocean bottom as a foundation for the monopiles.

The ship was ordered by Great Lakes Dredge & Dock Company and will cost $197 million. It is the first of up to two ships to be built, but will not be delivered until 2024, which is when Ocean Wind I, the first of three approved offshore wind projects in the state, is scheduled to begin producing electricity.